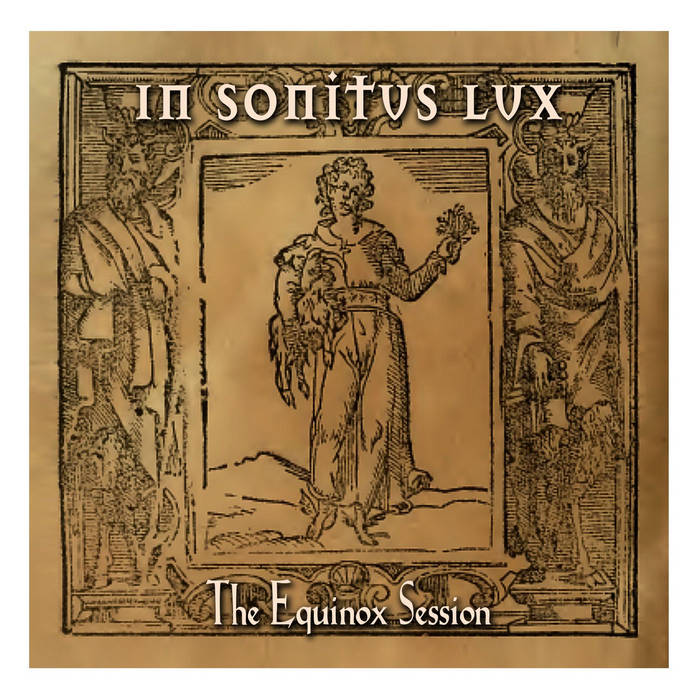 Stickfigure Records artist E. Serson Brannen wears more than one headscarf. Long recognized primarily for the one-man avant-garde electronic-music/spoken-word project fronted by his persona "The Subliminator" (which earned him Creative Loafing Best of Atlanta 2006, 2007, 2008 and 2009), he has of late devoted a substantial portion of his aesthetic energies to the free-improv ensemble In Sonitus Lux, and is currently bringing The Equinox Session the protean aggregation's second collection for the label before the public.

Brannen is the fixed quantity, the constant, in the ever-variable equation of In Sonitus Lux. (He reports that the name, Latin for "light in sounds," came to him in a dream.) In this incarnation he performs on a currently somewhat obscure but increasingly widely-known percussion instrument known as the "hang" - basically an ultra-portable steel drum resembling a flying saucer or two wok lids welded together, tuned in this case diatonically. Both to complement and to challenge the shimmering sonorities he draws from this relatively recently developed concussion idiophone, he makes it a practice to enlist the talents of a rotating roster of collaborators, thereby enabling him to field a variety of improvisatory duos under the common designation, of which each exhibits a unique musical personality.

The Equinox Session's particular sonic character stems from the intersection of Brannen's gamelan-like runs and the singular guitar stylings of longtime Atlanta experimentalist Kevin McFoy Dunn, whose lengthy resume can only be skimmed here (some highlights: co-produced the B-52s' first indy single and Pylon's first album; issued three art-pop albums in the first half of the 1980s - available now on the retrospective compilation CD No Great Lost - and a recent online collection of new material, The Miraculous Miracle of the Imperial Empire). In 1984 the late Robert Palmer wrote in a New York Times review that Dunn "makes his guitars sound like angry animals and natural catastrophes," and while that propensity is on abundant display in this set, more reflective strains are also to be heard. Dunn mixes it up by deploying a different instrument on each piece - namely, 6-string electric, roundneck resonator, and fretless bass - and arguably has set a sort of benchmark in yoking slide guitar to the hang, a rare combination, if not one heretofore unknown.

To attend a live performance by In Sonitus Lux - by design in permanent flux and so always a creature of the moment - is to witness audio art, original and eclectic, in process. The Equinox Session freezes in digital amber one irreproducible sample of that continuing process.