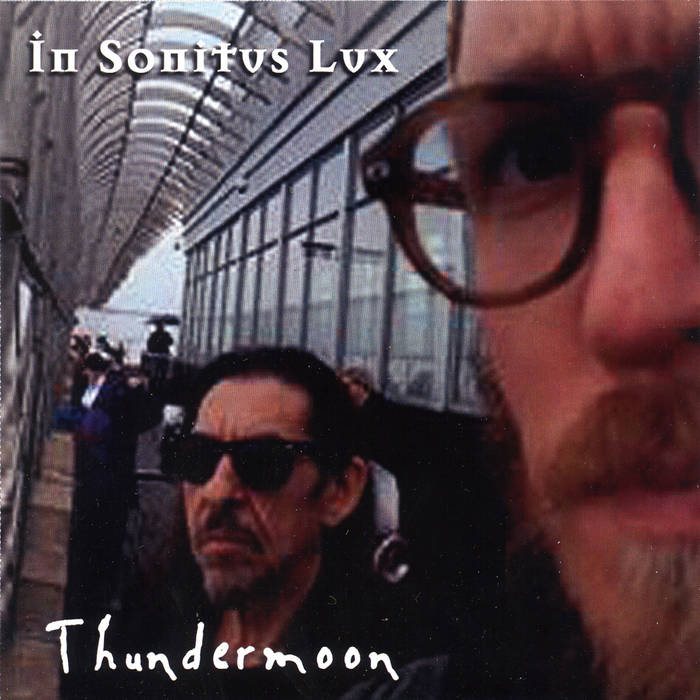 In Sonitus Lux is a new project formed by Stickfigure Records recording artist Serson Brannen. Best known for his award winning avant-garde electronic/spoken word project, The Subliminator, he has taken an entirely new and different direction with a very new and very different instrument, The Hang. In Sonitus Lux is an ever evolving free improv ensemble of musicians, performers and other artists. By design, In Sonitus Lux is in a constant state of flux but always in the moment, original and eclectic. Avant garde, darkly ambient yet deeply spiritual, to attend an In Sonitus Lux performance is to witness the creation of sonic art.

Around Christmas 2011 Brannen discovered the Hang. The Hang is a very rare instrument which will find you if you are meant to have one. To be an owner of a Hang requires that one busks with it in order to fulfill the zen. Amazing things have happened to Brannen when busking; despite always dressing well he has been mistaken for a homeless person and been given sandwitches, bible tracts, and lectures of various types more than once. Brannen has played the hang for an unborn child as well as for a wedding by accident. Once a little girl of about 5 years of age danced for about a half hour after which her mother told Brannen she was autistic and had never danced before in her life.

Several times a month Brannen busks with the Hang. On one hand it's like being paid to practice. On the other, despite the fact that sometimes he has earned good money busking, it's not about the money. Banksy is an artist Brannen admires greatly. Despite being world famous and one of hottest visual artists on the planet he still takes his art to the street. He can turn up at anytime, anywhere. Brannen respects that and his vision for In Sonitus Lux encompasses that very idea: fulfilling the zen. There was a time Brannen would have scoffed at the idea of busking with the Hang but not now. Playing Hang has changed the way he looks at music and other things as well.

The prototype for In Sonitus Lux was Brannen & Lieske, a project Brannen had high hopes for that was tragically cut short by Craig Lieske's untimely passing. After Craig passed Brannen also played a few shows with Scott Burland and Frank Shultz of Duet For Theremin And Lapsteel under the name Brannen, Burland and Shultz with interesting results. From that Brannen decided to create In Sonitus Lux as a free improve group that has a rotating cast of performers. Jason Robert Elliott is Brannen's main collaborator.

Jason Robert Elliott is the main song writer for Spirits and the Melchizedek Children who met Brannen while Brannen was busking with his Hang. His guitar playing eloquently compliments Brannen's Hang.

In Sonitus Lux's debut album "Thundermoon" was recorded Thundermoon night, the night of full moon of July 2013 by Brannen and Elliott. No rehearsal, one take, in the moment. In Sonitus Lux doesn't paint the Sistine chapel, they just take snapshots. The lyrics were improvised during the recording.

"Tunnel Vision" is the second track on "Thundermoon".

Featuring Oakland sounds from the Smart Bomb collective and Samplelov.