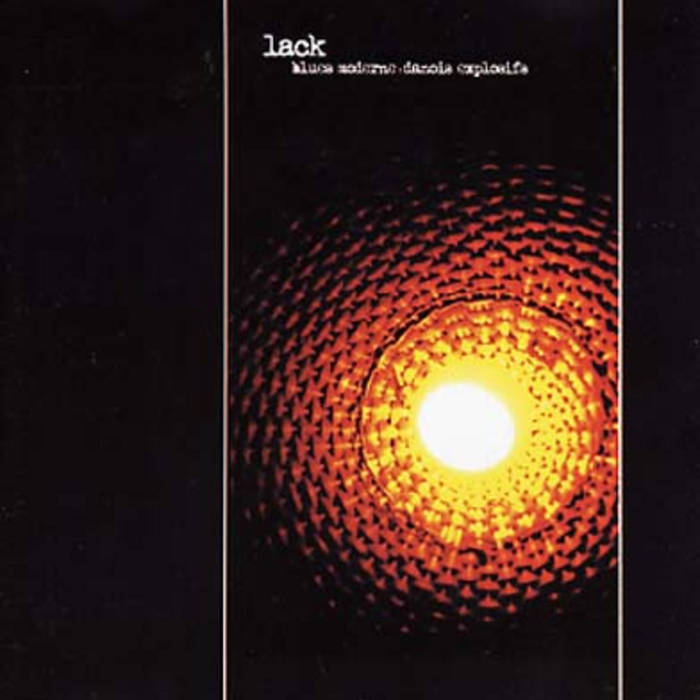 "The scathing sounds on Lack's Blues Moderne: Danois Explosifs are immediately startling, as the opening chords on "Zur Genealogie des Modernen Menschen" give way to Thomas' fiery vocals and the band's scorching musical attack. The disc's second track, "Pessimist Poetry," includes some moments of textured guitar work, but overall, the Danish band favors a brutally cathartic and energetic approach. The album as a whole, while embracing the energy of hardcore and the sincerity of emo, adds up to a thrill ride of relentlessly grueling anthems. "Achilles and the Tortoise" includes a healthy dose of metal riffs, and the stretched-out "When Even the Most Honest of Emotions Turns into a Commodity..." offers up exciting layers of sound, tempo changes, and a tempered rhythmic conclusion. The tongue-in-cheek slapstick of "Kill Britney" is followed by the reflective "Falling from the Peak of Truth to the Catastrophe of the Disillusioned." The volatile "Dawn" and the hyper "The Only Thing That Can Save Us Is Despair" are next, before "Great Russian Nihilists" closes out the disc, with melody giving way to more of the band's sonic assault. Released on Atlanta's Stickfigure Records in the U.S. and Nova Recordings in Germany, the disc was originally released in 2001, before being re-released the following year." - Stephen Cramer