Of Zen And Texas 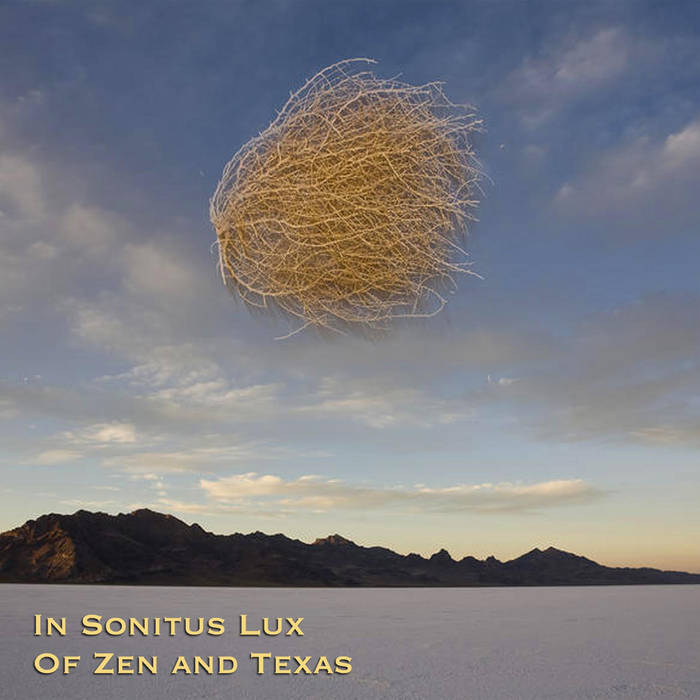 Of Zen And Texas is In Sonitus Lux’s third full length album.

In Sonitus Lux is an ever evolving free improv ensemble of musicians, performers and other artists. However there is one constant to In Sonitus Lux and that is Serson Brannen who anchors each different version of In Sonitus Lux by his performances with The Hang.

The Hang is a musical instrument in the idiophone class created by Felix Rohner and Sabina Schärer in Bern, Switzerland. The Hang is sometimes referred to as a hang drum, but the inventors consider this a misnomer and strongly discourage its use.

The instrument is constructed from two half-shells of deep drawn, nitrided steel sheet glued together at the rim leaving the inside hollow and creating the shape of a convex lens. The top ("Ding") side has a center 'note' hammered into it and seven or eight 'tone fields' hammered around the center. The bottom ("Gu") is a plain surface that has a rolled hole in the center with a tuned note that can be created when the rim is struck.

The Hang uses some of the same basic physical principles as a steelpan, but modified in such a way as to act as a Helmholtz resonator. The creation of the Hang was the result of many years of research on the steelpan and other instruments. The inventors of the Hang have continued to refine the shape and materials and have produced several variations over the years.

On Of Zen And Texas Brannen performs with P. D. Wilder of WBHC (When Blackholes Collide), Chaos vs Caverninha, and ex-Hotel Hotel. P.D. is a Texan hillbilly beardo who provides ambient drone post-rock with guitar and synth.